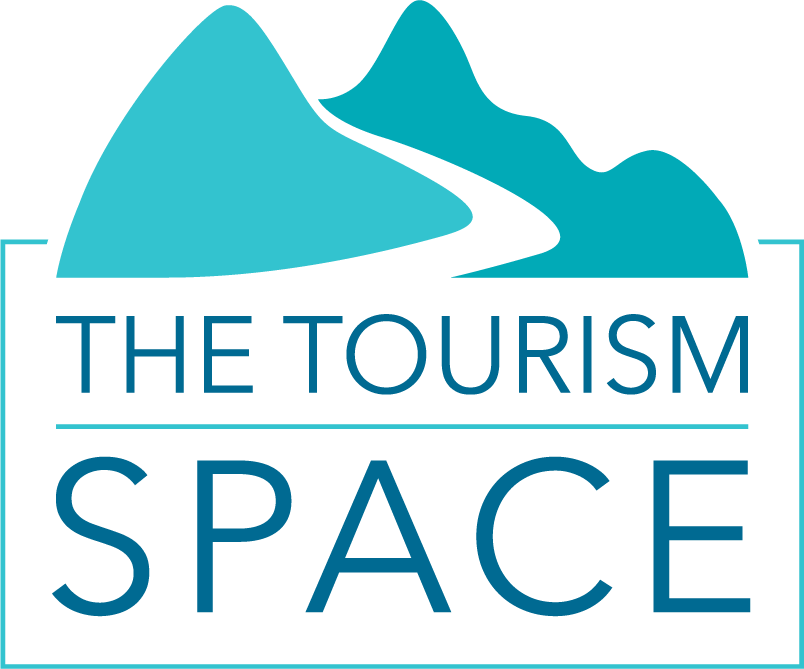 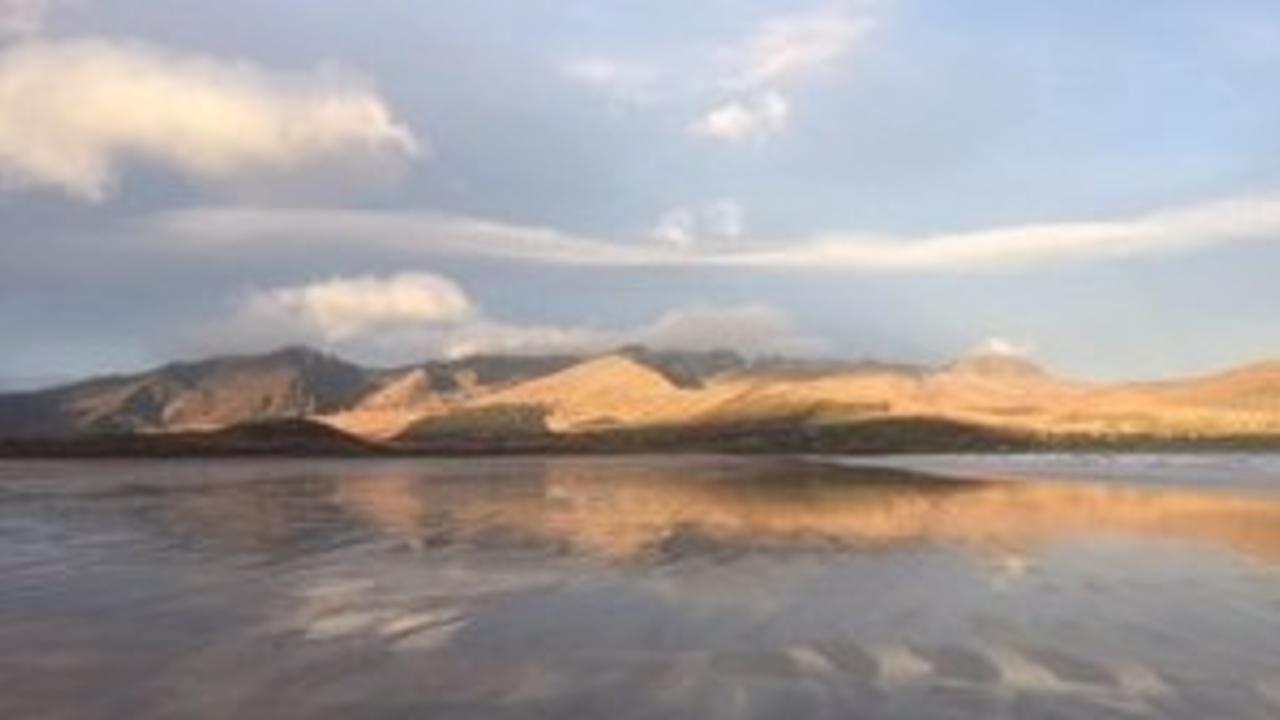 Have you ever read ‘The 7 Habits of Highly Effective People’?  I’ve dipped in and out of it often over the years and its author, Stephen Covey, is my current car companion.  Nowadays I spend quite a bit of time travelling to various tourism destinations.  I love my time in the car and see it as a bit of an escape and time-out: listening to music, catching up on current affairs, thinking and, most recently, listening to audio books.  Audio books are new for me and the first one I bought is this bestseller -   Stephen Covey has travelled many a mile with me since then.

I was driving home last week, having spent an evening with a group that wanted to focus on building greater collaboration in their destination.   I’ll share with you that I also talk to myself a bit in the car and so I was wondering “Wouldn’t it be great if there were a ‘How To’ guide for running a tourism network, a checklist of Do’s and Don’ts?” “Surely we know enough to know what works and what doesn’t…” I thought.  “It’s not so much about running a network or being in a network, it’s about that activity being effective” I argued to myself.  The word ‘effective’ triggered thoughts of the 7 Habits.  So I decided it was time to stop the conversation with myself and to let Stephen talk for a while.  So I popped in the CD and opted to listen with fresh ears – this time tuned in to how his wisdom could apply to group effectiveness, rather than the individual effectiveness the book is mainly about.   Here’s what resonated most with me on my journey.

Perspective is everything and it causes a group to either be proactive or reactive.  You’ll recognize a reactive group – the one that says things like “There’s nothing we can do about that”, “It’s out of our hands” or “Nobody consulted us”.  These groups feel tourism has happened to them and they often feel victimized and out of control.  Proactive networks on the other hand realize they have responsibility. They don’t wait for problems to happen before taking action and they don’t resign themselves to existing problems.  They work within what Covey calls their ‘Circle of Influence’.  In other words, they look at the things that they can do something about.

Effectiveness Habit 2: Begin with the End in Mind

In last week’s article about starting a tourism network, I referred to this habit as having an inspired view of the future.  To be effective, a tourism network must have a clear sense of higher purpose and a strong vision for the future it is seeking to create.  It harnesses the collective imagination of its members to develop a vision of what the Network can become, what it can achieve.  In this way, it maintains the engagement and enthusiasm of its members.  If the Network has a clear destination, articulated often, it can more easily establish the steps needed to take it there.  It is the ‘North Star’ of network activity.

“It’s incredibly easy to get caught up in an activity trap”. Stephen Covey.

With many members of differing views and priorities shaping the network agenda, it is indeed incredibly easy for a tourism network to get caught up in being busy all the time only to find that nobody is quite sure what was achieved for all the ‘busy-ness’. Covey’s time management matrix categorizes all activities according to two factors: urgency and importance. His recommendation is that we spend as much time as possible working on items that are categorized as non-urgent but important.  It is in this space that a network works on things like long-term planning, nurturing relationships, ensuring membership benefit, building financial strength.  It is in this space that a network writes the programme of its activities and priorities.  Effective networks will confidently say no to activities that do not bring the network towards its vision or goals.  They will be able to distinguish the priorities of individual members from the higher priorities of the Network, putting the latter first.  Putting first things first is critical if a tourism network is not to exhaust member participation, volunteer effort and scarce resources.

“To go for Win-Win, you not only have to be nice, you have to be courageous.” Stephen Covey

Covey speaks of the ‘Abundance Mentality’ – the belief that there’s plenty out there for everyone.  So often in tourism destinations I’ve encountered the opposite: the ‘Scarcity Mentality’. This often manifests itself as the belief that if another business is winning in a destination, that means I must be losing!  Or more prevalent now may be the view that, if another town or region is doing well, then it’s at the expense of our town or region.  A Network by contrast can promote the possibility of all parties winning in some way or another.  An abundance mentality in a network (and even between networks) leads to sharing of benefits and responsibility. It allows the network to focus on results of common benefit and on the overall destination success. The pursuit of Win-Win elevates members into co-operating rather than competing, into recognizing that unnecessary competition is counterproductive and destructive.

Effectiveness Habit 5: Seek First to Understand and then to be Understood

An effective network will actively create its culture and it will be one where an atmosphere of respect, caring and positive problem-solving exist.   By cultivating an atmosphere of trust and safety in the network, members are prompted to become extremely open and feed on each other’s insights and ideas.  It allows members to deeply understand each other’s motivations and concerns.  When that happens within a destination, members end up on the same side, looking at a shared problem, understanding all the needs and working together to create a new alternative.  This sets the scene for the next compelling habit: Synergize.

“The key to valuing differences is to realize that all people see the world, not as it is, but as they are.” Stephen Covey

This indeed is what networks are all about!  When speaking about networks, it’s not so much a habit as an outcome of all the other habits.  It’s the holy grail and the reason to invest time in building and maintaining networks in the first place.  Synergizing is about combining the strengths of the various members through positive teamwork so that the network can achieve goals that no-one could have achieved alone.  Synergy allows tourism networks to create new alternatives and open new possibilities – both for themselves and their visitors.  Synergy trumps negative energy.  It catalyses creativity to find innovative solutions that will be better for the enterprise, the visitor and the destination itself.

“Your most important work is always ahead of you, never behind you.” Stephen Covey.

I was getting near home when Stephen got to this part of his book.  Perhaps my waning concentration contributed to me struggling most with how this habit might apply to a network.   I could readily apply the main message: For long-term sustainability, the network needs to give attention to balancing and renewing its resources and energy.  It needs to be able to reinvigorate the commitment and contribution of its members as well as energize its strategic partners and potential funders.  However, I know from many groups that how to keep the network fresh and how to maintain momentum is a very significant challenge.  It needs to do this, so it can practice the other 6 habits and avoid reaching a plateau and stagnating.  By now I was talking to myself again. “This habit is worthy of more attention” I said to myself as I pulled into my driveway.  “Just not this evening!”

I can safely say that I have not yet come across a highly effective network, or at least one that is consistently effective and consistently highly so.  That said, I have witnessed and experienced moments of high effectiveness within networks, moments when the practice of these habits came into alignment across the network for a sustained period.

I recognized the parallel with my own life in terms of my own professional and personal development.  I’m not consistently effective nor consistently highly so (even though I’ve read enough books telling me how to achieve it that I could open my own little bookshop!).  While I’ve read or listened to Stephen Covey’s wisdom many times, I find I need to revisit it again and again to remind me of the habits that would enhance my effectiveness.  The 7 habits provide signposts on my own journey of continuous improvement.  They can set me straight again when I’ve taken a diversion.  They’ll remind me if I’ve been on the road before or if I’m following a new route.  Can they do the same for tourism networks? Perhaps.